A four-year Zimbabwe Idai Recovery Project aims not simply to restore what was lost, but to build back better and smarter to mitigate future shocks 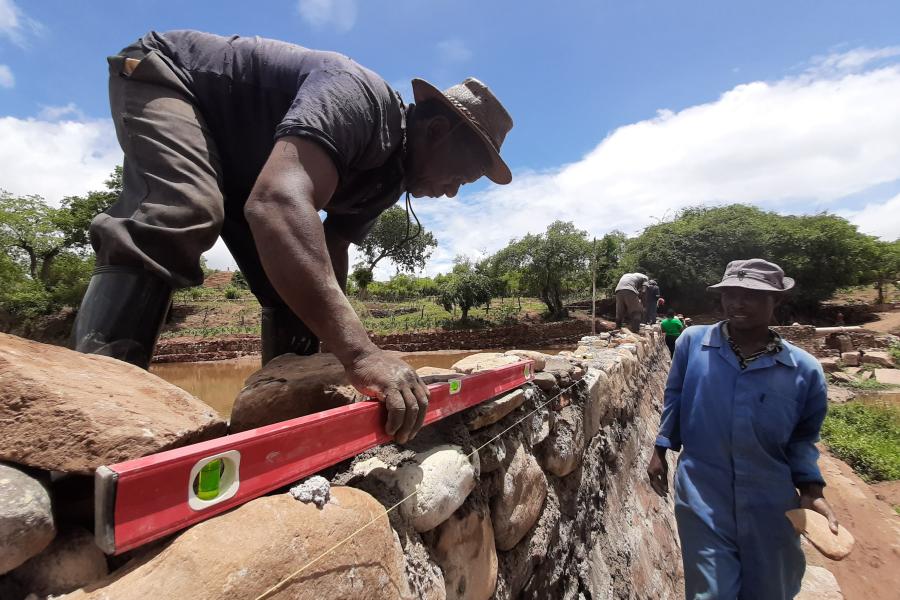 In response to Cyclone Idai, which hit Zimbabwe in March 2019, the UN Office for Project Services (UNOPS) with US$72 million funding from World Bank established Zimbabwe Idai Recovery Project, a major multi-sectoral recovery project, implemented by FAO, IOM, UNICEF, WHO and WFP.

The four-year Zimbabwe Idai Recovery Project (ZIRP) aims not simply to restore what was lost, but to build back better and smarter to mitigate future impacts.

ZIRP is assisting disaster-affected communities to recover their means of subsistence. To address the immediate recovery needs WFP and FAO are supporting the affected communities by providing food assistance and agricultural inputs. Some beneficiaries are already harvesting crops thanks to the inputs received. FAO has also provided training to the beneficiaries on crop production, climate smart agriculture, agronomy, and on stock feed utilisation.

Additionally, WHO and UNICEF are cooperating to accelerate the revitalization of basic health services. To date, more than 25,000 people have been reached with health services in ZIRP targeted areas.

They are an elderly couple, the husband is aged 95 while the wife is 17 years younger, but the lush green maize in their field is a testimony of how the two have defied old age to focus on agriculture production.

The two are working hard to shrug off the ‘victim’ tag and are charting a way for a better future.

“The time the cyclone hit was the most devastating moment in my life,” says Nancy. “We were caught unawares, and this was worsened by the fact that the rains pounded without ceasing during the night.

Houses were flooded, some walls gave in while roofs were blown off. It was very terrifying.”

Nancy says they woke up to see their house destroyed. This is where they had stored their harvest from the previous season and had anticipated to pull through to the next harvest without incident.

“I looked at my field and it was so distressing to note that the promising crop had been destroyed. The runoff had levelled the field and uprooted some of the crops. Imagine, we had a good crop, then suddenly we had an empty field greeting us the following morning,” she adds.

The couple stays with four orphaned grandchildren of school going age. Nancy says the thought of providing for the four, given her advanced age, troubled her greatly.

“There was a swift response as different organisations started assisting us. I must be honest with you, I had never received food or clothing handouts in my life. For me it was embarrassing but we had no choice. I felt like I was disabled, and I was longing for a time when we will be able to feed ourselves,” adds Nancy.

ZIRP works towards assisting the affected communities with medium-term recovery with an emphasis on building resilience. To this effect, FAO and UNOPS are collaborating to reconstruct key community irrigation schemes. UNOPS is also reconstructing damaged schools, roads and bridges to ensure access to markets and services.

As the approach of ZIRP is to harmonize project activities across sectors, UNICEF is rehabilitating communal WASH services and providing educational materials to community schools. Providing technical assistance for greater quality data on internally displaced people (IDPs), IOM has conducted a Return Intention Survey across four camps and is undertaking a Return Assessment.

All activities under ZIRP are conducted with attention to risk reduction, gender mainstreaming and environmental awareness, ensuring a holistic approach to building community resilience.

“I am glad that I was selected as one of the beneficiaries under this project. I was not sure how I would have managed to plant for the current season as I was struggling to feed my grandchildren and would not have managed to buy seed and fertiliser,” adds Nancy.

The farmers were given a package of maize and cowpea seed as well as fertiliser under the project.

“I am sure that this is a turning point for me. I am sure, I will not be found receiving food aid again as my harvest will carry me through to the next season. I hope I will be able to sell some of the crops and buy cement to reconstruct my house which was destroyed by the cyclone,” said Nancy. 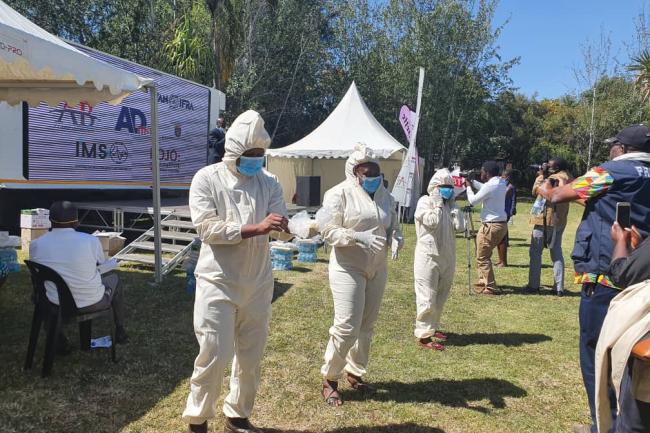 #VERIFIED: partnering with media to tackle misinformation in the fight against COVID-19 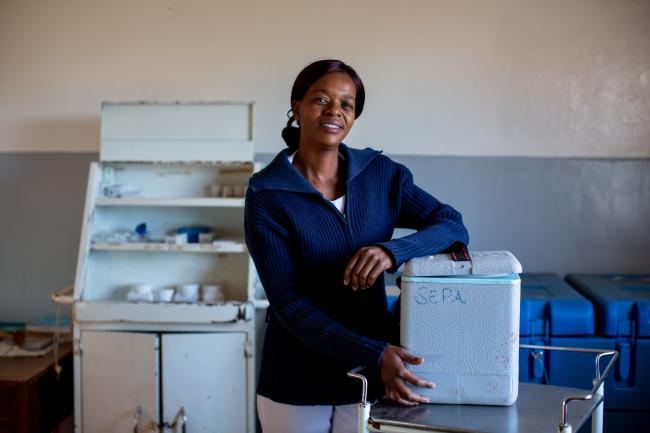 Through the Global Fund, the UN has supported the National Response Plan to COVID-19 through the procurement of Personal Protective Equipment for frontline 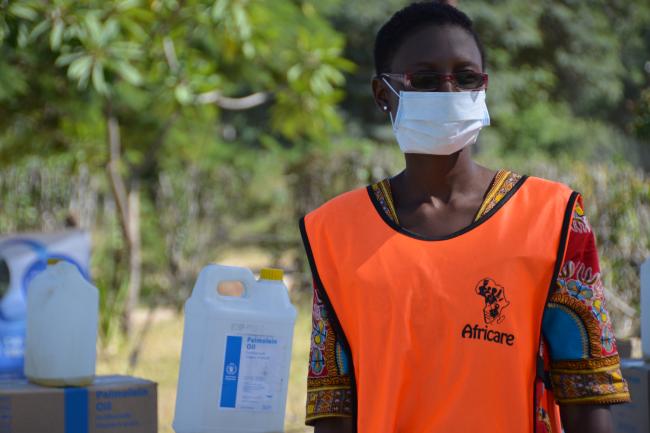