The use of WHO logo is only done after formal authorization to do so by WHO.

The World Health Organization (WHO) notes with concern the unauthorized use of the WHO logo by several entities to advertise their products.

Recently, an organization, Live Well used the WHO logo on an advertisement for products supposedly used to treat COVID-19. WHO has not worked with Live Well and does NOT endorse their products.

The use of WHO logo is only done after formal authorization to do so by WHO. Appropriate action will be taken in instances where abuse has been noted.

Remember COVID-19 has no cure. Please protect yourselves and your loved ones by following guidance provided by the Government of Zimbabwe through the Ministry of Health and Child Care. 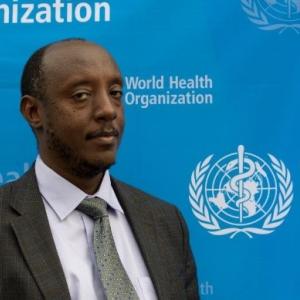 WHO
Representative
gasasiraa@who.int
twitter
Dr Gasasira has been WHO Representative to Zimbabwe since August 2018. Prior to his current position, Dr. Gasasira served as WHO Representative to Liberia. Dr Gasasira joined WHO in 1998 and served in various capacities such as Control of Communicable Diseases, Integrated Disease Surveillance, Health System Strengthening, preparedness and response to public health emergencies. Following the end of Ms. Maria Ribeiro's tour of duty as UN Resident Coordinator for Zimbabwe, Dr Alex Gasasira has also been serving as UN Resident Coordinator and Designated Official ad interim since 30 October 2021.
Read more

UN entities involved in this initiative